This week, I’d like to extend my gratitude to a woman I admire. Quite honestly, the initial reason behind finding her was because she had something I was very jealous of. She is married to Aaron Paul, who is “Jesse” from Breaking Bad. I had a HUGE crush (and still do) on him. So, naturally, I looked up the woman who was living my fantasy. Lo and behold, a beautiful woman doing beautiful things in the world. I knew Aaron Paul had good taste! She and her friend, Molly Thompson, joined forces to create something I whole heatedly believe is the best campaign for young girls in middle/high school. “Kind Campaign” started as a documentary that spread a message of girl to girl kindness. Given that Lauren Paul was bullied as a young girl, she felt strongly that girl on girl fighting was happening more than just her school. Was she right? Absolutely. I can attest to that. The documentary was a huge success, released in schools and venues across the world. “Kind Campaign” was accepted and awarded in over 20 festivals as well. 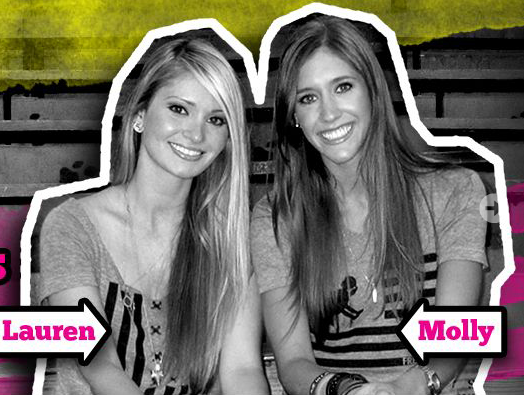 This one of a kind assembly workshop has changed and impacted hundreds and thousands of young girl’s lives, communities, classrooms, and opened the eyes to parents and school faculty about the severity of bullying. I believe the stigma that girls are petty and love to cat fight needs to end. We need to teach young women that it’s not in our nature to behave such a way because we’re girls. Girls don’t “love” drama. Saying these things makes them excusable behavior in young women. Another amazing touch to The Kind Campaign is the apologies, truth, and pledges that are written anonymously to the victims of girl on girl bullying. It creates an effective way for girls to come forward, recognize their poor behavior, and apologize for it. Not only will they mend a female companionship, they are also urged to take a pledge and promise to stop bullying. Young girls are impressionable and easily impacted. There were many assemblies I attended that changed the way I thought about the world. I think this platform is wonderful and much needed. Thank you, Lauren Paul and Molly Thompson, for acknowledging that this stuff happens, and making a difference in the lives of young woman today. (KindCampaign.com)